As part of a new video series interviewing advisors and other folks involved in the retirement plan industry, Jason Chepenik, CFP® AIF® who is a Managing Director at Chepenik Financial, offered to kick things off.

If you haven’t already heard of Jason, in 2010 he was named the Top Advisor in the Mid-Market Retirement Plan space by the 401kWire and is a frequent speaker at conferences. More importantly, Jason is fun to watch on video (though we did edit out his on-air sneeze).

Here are some videos of Jason explaining what he thinks drive success in the retirement plan industry for advisors, as well as providers (scroll over “Playlist” to view more videos):
Loading playlist …
https://retiremaphq.com/wp-content/uploads/2016/09/logo-horizontal-80px.png 0 0 Eva https://retiremaphq.com/wp-content/uploads/2016/09/logo-horizontal-80px.png Eva2011-08-30 13:23:272011-09-02 12:26:49Jason Chepenik: Succeeding in the retirement plan industry 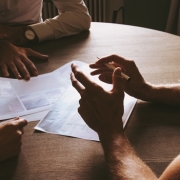